The charge is a misdemeanor of the first degree and she can be sentenced up to $1,000.00 fine and 1 year in jail. 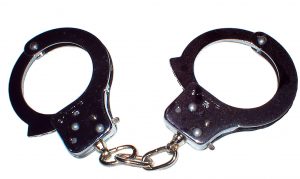 Krista Glover is also charged under F.S. 843.02 which states that whoever shall resist, obstruct, or oppose any officer… in the execution of legal process or in the lawful execution of any legal duty, without offering or doing violence to the person of the officer, shall be guilty of a misdemeanor of the first degree. The maximum sentence is the same as the battery charge.

It is alleged that after deputies handcuffed Krista Glover, she became combative and tried to separate herself from the arresting deputy.  The report states she wrapped her legs and feet around the door and frame of the car, preventing the lower half of her body from getting into the vehicle.Once Glover was in the car, the report says she “began screaming while forcefully kicking the rear driver’s side door … causing the door to visibly separate from the cell of the door frame.”

Being arrested for domestic battery can have long-lasting effects on you criminally and in family court. See our blog about the family law implications on the Glover family here.  Navigating the criminal justice system in Florida requires an experienced Jacksonville criminal attorney.  Contact the Law Office of David M. Goldman, PLLC for a consultation.