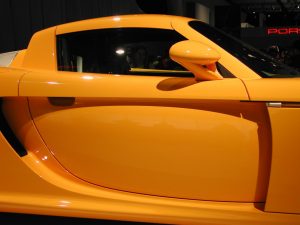 The Fourth District held that the officer was not mistaken that the law required a minimum threshold of 28% light transmittance. His belief (a tint that is too dark to allow one to see the occupant is illegal) relates to the facts he used to conclude he was justified in making a traffic stop.

The Fourth District found State v. Wimberly, 988 So.2d 116 (Fla. 5th DCA 2008) inapplicable to the facts of the Coley case.  In the Wimberly case, the officers stopped the vehicle in which Wimberly was a passenger because they believed “the tint was too dark.”  At the suppression hearing, Wimberly presented testimony from the owner of the shop which installed the tint that the tint was legal.  After finding as a matter of fact that the tint was legal, the trial court concluded the stop was illegal because the officers were wrong on the facts justifying the stop. TheFifth District reversed and explained that a traffic stop based on an officer’s incorrect but reasonable assessment of the facts does not render the stop illegal.  The court went on to explain that “[i]f an officer makes a traffic stop based on a mistake of fact, the court must determine whether the officer’s mistake of fact was reasonable.”

In the Coley case, the evidence showed that Coley’s tint was indeed below the statutory minimum, as the officer had suspected. As such, there was no mistake of fact like there was in Wimberly.  An experienced Jacksonville criminal defense attorney is needed to review the facts and law and file appropriate motions.   Call the Law Office of David M. Goldman, PLLC for a consultation.