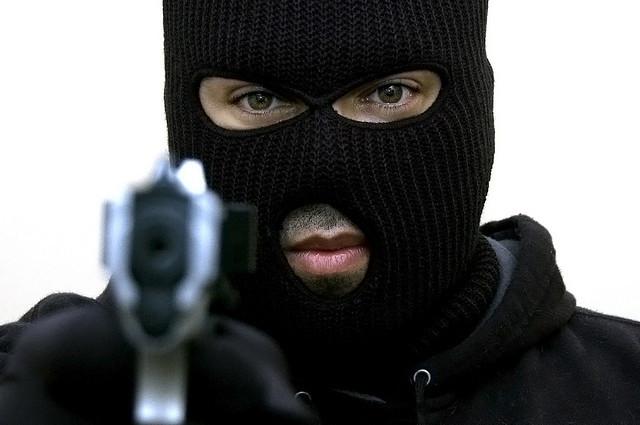 On Tuesday night a pizza delivery woman was allegedly robbed at gunpoint. According to reports, the woman completed a pizza delivery around 8 PM when, on her way to her vehicle, an armed man approached from behind and demanded all her money. The woman proceeded to throw approximately $180 on the ground. As the suspect retrieved the money from the ground, the woman ran back to the apartment and called the police. The identity of the alleged suspect is unknown because he was wearing a ski mask during the alleged incident.