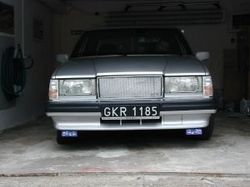 In Jacksonville, Florida, if a person is in actual possession of a firearm when committing a crime, the 10-20-Life statute applies.  In this Jacksonville attempted armed robbery case, the minimum sentence that Sanchez and the other armed co-defendant will receive is 10 years in prison.  Additionally, a defendant that falls under the 10-20-Life statute is ineligible for gain-time and must complete the entire ten years without early release.  Florida’s 10-20-Life law does not apply to the co-defendant that was not in actual possession of a firearm.
For more information on Jacksonville Armed Robbery and Florida’s 10-20-Life Statute, read about OJ Simpson’s Sentencing and a San Marco Robbery.
Ask a Lawyer Now
Contact Us Free Initial Consultation (904) 685-1200