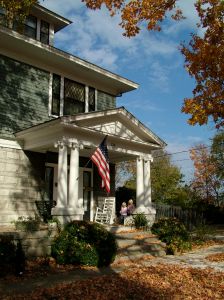 In Jacksonville, Florida, 16-year-old, Daniel Sanchez, and one or two other intruders confronted Jacksonville Assistant Police Chief, Carson Tranquille, and his wife in the couple’s garage late Saturday night.  The Jacksonville police officer shot the teenager in the leg, but the other culprit(s) ran away.