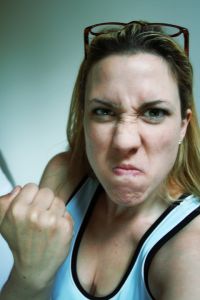 In my practice as a Jacksonville Domestic Violence Attorney, I have seen many men that were the true “victims” in domestic violence cases. Quite often, a woman will become violent with the man. In some cases, the man must defend himself from her. However, if the police come to the door, they may listen to both stories, but they end up arresting the man or both of them for Jacksonville Domestic Battery. This is based upon the premise and stereotype that men are the abusers in a relationship, but this is not always the case.

A recent U.S. study surveyed 11,000 men and women. This study “found that according to both men’s and women’s accounts, 50 percent of the violence in their relationships was reciprocal (involving both parties). In those cases, the women were more likely to have been the first to strike. Moreover, when the violence was one-sided, both women and men said that women were the perpetrators about 70 percent of the time.” For an great example of such a situtation, read “No One Believed Me: When Men Are Victims of Domestic Violence” by Glenn Sacks, M.A. and Ned Holstein, M.D.

Jacksonville, Florida is no different from the rest of the country. Jacksonville residents are arrested for alleging abusing their girlfriends or wives that do not deserve to be. That is why it is important to address every Jacksonville domestic violence case with an open mind, and not succumb to stereotypes.