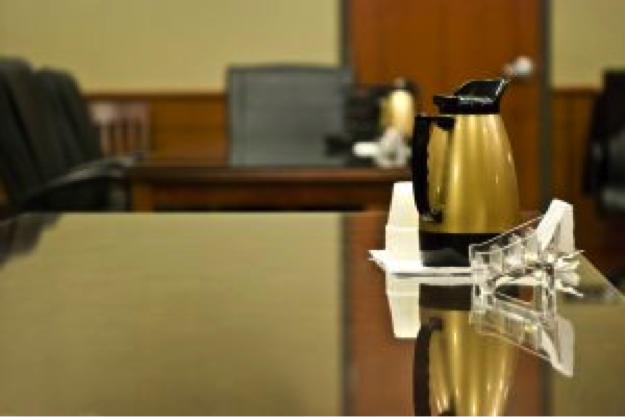 George Zimmerman, the man charged with second-degree murder in the death of Florida teen Trayvon Martin, is going to ask for a “stand your ground” court hearing in an attempt to have the case against him dismissed before ever going to trial. Though the move was expected, the announcement is the first time Zimmerman’s attorney has acknowledged his intention to argue the case on the grounds of the controversial Florida Stand Your Ground law.

Mark O’Mara, Zimmerman’s criminal defense attorney, released a statement confirming the decision earlier today. The hearing likely will not take place for several months but is meant to show that Zimmerman acted in his own self-defense.

Under Florida’s stand your ground law, people involved in violent altercations have no duty to retreat. If a person is in fear of death or great bodily harm, the law says he or she can act in self-defense and is immune from criminal prosecution.

A “Stand Your Ground” hearing does not involve a jury; the decision is instead made by a judge alone. A normal criminal trial would put the burden of proving the defendant’s guilt on the prosecution. In a “Stand Your Ground” hearing the burden is on the defense to prove that the evidence fits within the requirements of the Florida law. The focus of the hearing is whether Zimmerman reasonably believed that his use of his weapon was necessary to prevent great bodily harm to himself at the hands of Trayvon Martin. If the Court rules in favor of the defendant in such a hearing the criminal charges would be dismissed. More than that, the defendant would then be made immune from any resulting civil actions related to the shooting.

The case is currently assigned to Circuit Judge Kenneth Lester Jr. O’Mara says Zimmerman fears he cannot get a fair hearing from Lester because the judge wrote in a $1 million bond order that Zimmerman is a manipulator who, along with his wife, hid $130,000 and a second passport from him.

As a bit of a practice run, just last week Lester listened to three days of evidence during a stand your ground hearing for an Oviedo woman charged with second-degree murder. Anita Smithey testified that she shot her estranged husband two years ago while he was raping her and after he had cut her with a knife. Lester is expected to rule later this month on her case.