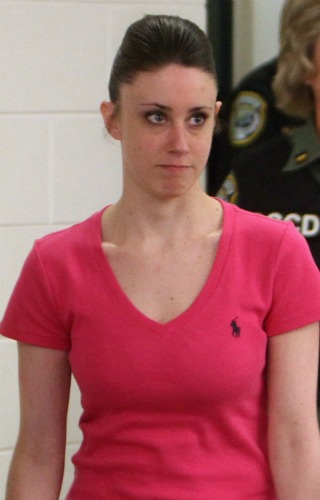 Casey Anthony was charged with the murder of her 2 year old daughter, Caylee, and later acquitted of all charges. She was, however, convicted of four counts of lying to law enforcement officers during the investigation. She was given time served, but placed on probation for a year. Largely, since the acquittal she has fallen from the headlines and lived a life of seclusion. But, the silence and seclusion has been broken, last night she conducted a phone interview with CNN’s Piers Morgan.

During the interview, Casey stated she was innocent and was “rightly found not guilty.” Furthermore, she stated, “Obviously I didn’t kill by daughter.” These remarks come even though it was an entire month before she reported her child missing. In addition, her and the defense team did a great job instilling reasonable doubt in the jury with the multitude of alternative scenarios as to the cause of Caylee’s Death. This strategy ultimately led to the acquittal of the Murder charges.

During the interview Casey talks about the misguided media persona and that she is not a “party girl” and she is “ashamed in many ways of the person that I [Casey] was.” Her Attorney says she has changed and now leads a life of cooking, cleaning, reading books, exercising, and watching movies; although still in seclusion and afraid to go outside.

The Truth about Caylee Anthony’s Death may never be known, but the Justice System has ruled Casey Anthony was not to blame for her death. Casey is not out of the woods yet, next year the civil trial for Caylee’s death is supposed to start. In Civil court the burden of proof is a lower standard; so she could be facing some hefty civil penalties.