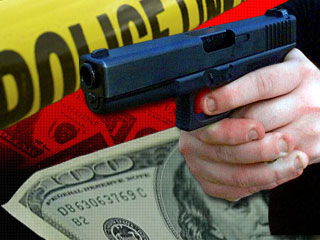 A Miami-Dade resident and Cuba native was recently shot and killed after an attempted armed robbery on his way to work. The victim, Hector Vichot, 53, was on his way to work when approached by two men. The men demanded his money and when Hector turned to run away he was shot in the back. He was taken to a local Florida Hospital for treatment, but later succumbed to his injuries.

The incident occurred on December 16, just weeks before the Christmas. Hector’s Brother, Pedro, is distraught over the whole incident. He stated, although Victor is not married, he was close with his two children in Miami and one child in Cuba.

This was a tragic incident that resulted in the death of an innocent man. All for what; $1.25! Yes, that was all Victor had at the time of the attempted robbery. The suspects, who remain at large, will likely face attempted armed robbery charges, aggravated battery and assault, and murder. Penalties resulting from these criminal charges are normally severe and carry substantial jail time.