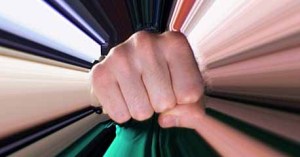 Why is an injunction even granted in the first place?  A petitioner files a Petition for Injunction for Protection Against Domestic Violence alleging acts of domestic violence which can include: assault, aggravated assault, battery, aggravated battery, sexual assault, sexual battery, stalking, aggravated stalking, kidnapping, false imprisonment, or any other criminal offense resulting in physical injury or death to the petitioner by a family or household member.  The Court considers the following:

When a Petition is filed, the court may issue a temporary injunction ex parte, meaning the Judge has only considered information from one side.  A notice of hearing will tell when and where the hearing on the Final Injunction is to take place and, at that time, you can present evidence as to why the Final Injunction should not be granted.  If you do not appear at the final hearing, the injunction may be granted with court costs.

If you have questions about domestic violence, stalking, or other injunctions, contact an experienced Jacksonville Domestic Violence Lawyer for a consultation.  Contact the Law Office of David M. Goldman, PLLC for more information.