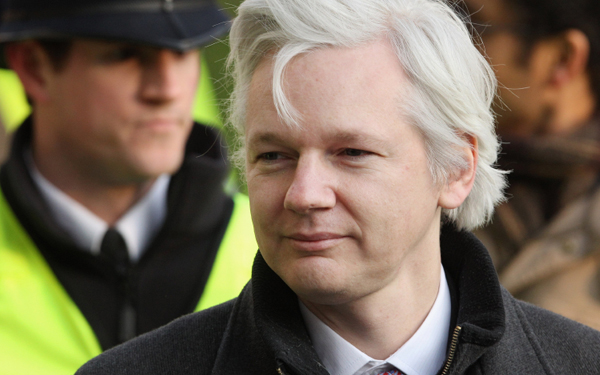 The man wanted in the U.S. for his efforts in releasing a huge magnitude of classified information has just been granted political asylum in Ecuador. This decision occurred after Assange has been held up in the London based embassy since June 19th. His supporters cheered the decision, but it does not change the fact that he is still wanted for questioning on sexual assault allegations and the U.S.’s distain for his release of Confidential information.

The Foreign Minister of Ecuador, in supporting this decision, stated “Assange faced a real threat of political prosecution…including the prospect of extradition to the U.S.” Furthermore, regarding the innocence of Assange, “Ecuador is convinced that his procedural rights have been violated.” Even with this new found Asylum, Britain has pledged to arrest Assange if he leaves the embassy and enters into UK soil.

Julian Assange has a long road ahead of him before he can move forward in his life. With the pending criminal sexual assault charges in Sweden and the potential of U.S. charges of releasing Classified information, the granting of Asylum will have little impact on the ultimate impact of this case.

As a Jacksonville Criminal Attorney and a supporter of the US Military, the information Assange released put American Men and Women serving this Country at risk. This man should not go without punishment for the actions he has taken. I have full faith and confidence in our legal system and government. They will bring Assange to Justice if and when it is permitted within the laws of the U.S. and International Treaties. Until said time, Assange will remain confined within the modest Ecuador Embassy in London.