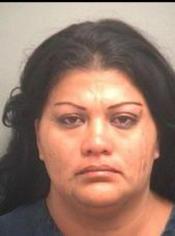 A few weeks ago a Fort Worth couple were arrested following a Prostitution Sting conducted by the local Florida Police. During the investigation it was discovered that the couple were running a Prostitution scheme from their apartment. According to reports, Miguel Miranda, 51, and Sandra Peralta, 35, was running a one pimp, one prostitution ring. The investigation ended when an undercover officer approached the man at his apartment and was offered “sex for $25.” The woman was subsequently charged with prostitution, a violation of F.S. § 796.07, and the man is charged with living off the earnings of a prostitute.