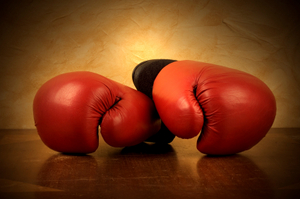 Young Pop Star and Teen Sensation, Justin Bieber is wanted by California Sheriff’s Office for questioning following an alleged Attack on a photographer. The alleged attack, according to the photographer, took place in Sunday when he tried to take pictures of Justin and his girlfriend after a movie at a local theater. The photographer went to the hospital claiming “chest pains” and was treated and released. Bieber and his girlfriend left the scene before police arrived.

However, the elusive Bieber later notified fans that he was leaving the country for Europe. The California Sheriff’s Office still wants to talk to him to hear his side of the story. Leaving the country or not will not get Bieber away from potentially a 1st degree misdemeanor. As a Jacksonville Criminal Lawyer, I understand the law and how some innocent actions could be considered Battery. However, with my assistance and guidance, I will work with you to fight these Criminal Allegations and work for the best possible outcome in your case.

In Jacksonville, Florida Assault is defined under Florida Statute § 784.03. The Statute defines Battery as “[a]ctually and intentionally touches or strikes another person against the will of the other; or [i]ntentionall causes bodily harm to another person.” As a 1st degree misdemeanor, the accused could face up to 1 year in jail and/or $1,000 in fines.

However, just because you have been accused of a Jacksonville Battery does not mean an automatic conviction. The State is still required to prove their case beyond a reasonable doubt; no easy task. But, going after the Legal System alone is not always adventurous to an unrepresented Jacksonville Criminal Defendant. That is where the advice and counsel of a Jacksonville Criminal Lawyer may prove to make all the difference in your case. So, don’t delay call today.