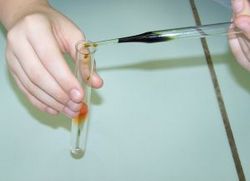 There is new evidence in the murder case of Caylee Anthony, a Florida missing child.  At the start of this Florida missing child case, many suspected that her mother, Casey Anthony murdered the child in Florida.  However, Casey Anthony was not charged with the Florida murder until months after the child’s disappearance, due the need for more evidence. In October, she was charged with the Florida murder of her missing child.  Today, more circumstantial evidence in the Florida child murder case was discoveredand is likely being reviewed by her Florida criminal lawyer and the Florida prosecutor.  The remains are just another piece of evidence that her Florida criminal defense lawyer will need to rebut.