Another NFL player has made headlines due to alleged physical violence. Minnesota Vikings running back, Adrian Peterson, has been indicted in Texas for child abuse. Peterson allegedly spanked his four-year old son until the child bled. According to cnn.com, Peterson sent text messages to the boy’s mother saying that Peterson felt bad about what he’s done. Peterson went on to text, “Never do I go overboard! But all my kids will know, hey daddy has the biggie heart but don’t play no games when it comes to acting right.” However, photographs of the child’s alleged injuries demonstrate that Peterson may, in fact, have gone overboard. Most disturbing is that Peterson was previously accused of abusing another four-year old son of his, reports espn.go.com. 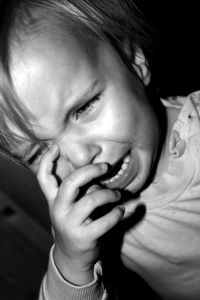 As a Jacksonville criminal defense attorney, I’ve defended clients charged with child abuse pursuant to Florida statute 827.03 in varying degrees. Child abuse in Florida, at a minimum, is a third degree felony that could land an accused in prison for up to five years, but can be charged as a first degree felony, which is punishable by up to thirty years.

Child abuse is committed when a person intentionally causes physical or emotional injuries to a child. Any intentional act that could reasonably be expected to result in a physical or mental injury will be enough, even when there was no apparent desire to cause the resulting harm. The “should have known better” aspect gets many parents into trouble, especially since those that will be passing judgment will be doing so unaffected by the emotion that triggered the alleged excessive discipline.

Battling against photographs of injuries that a parent, in essence, admits that he or she caused, as Peterson seems to have done, is a difficult task. Although many parents physically discipline their children, causing injury to a child during a spanking is unacceptable and will not be taken lightly by prosecutors and judges. The facts and circumstances of a case will dictate whether the case is one that should be hashed out before a jury, or whether the case should be negotiated with a focus on minimizing the damage.