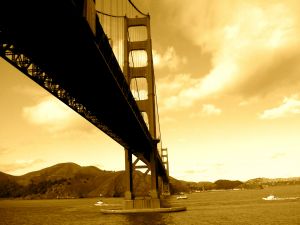 Sasha Pringle was arrested for DUI manslaughter and leaving the scene of an accident involving death in Jacksonville, Florida. Witnesses report that the accident occurred at approximately 9:40 P.M. on Saturday, February 28th. They saw Pringle driving recklessly on the south-end of the Buckman Bridge in Jacksonville, Florida. She hit a vehicle driven by Luma Kajy causing Kajy’s vehicle to crash into the St. John’s River. Pringle did not stop and give aid to Kajy. Witnesses followed Pringle to her home in the Mandarin area of Jacksonville. Thereafter, they called Jacksonville police. Reports state that “Pringle was question and booked into the jail.”

Jacksonville DUI Manslaughter is serious offense. If Ms. Pringle is convicted of this charge, she will go to Florida State Prison, and the media attention surrounding this Jacksonville DUI Arrest is not going to help her. She will need the best criminal defense possible to defend against these Jacksonville DUI charges. Her Jacksonville DUI Lawyer will need to investigate the case throughly to determine if Ms. Pringle has a viable motion to suppress or defense. This investigation should include interviewing the witnesses, taking depositions, reviewing all reports, investigating the breath test or blood-draw, and visiting the scene of the accident. An early investigation is important, because in most cases, a good offense is the best defense.