Jacksonville criminal defense lawyers know that ordinary people can find themselves on the wrong side of the law easily. Yes—even people who are not thought of as troublemakers. A fraternity in New York has come under fire for a hazing that resulted in the death of a pledge.   Chun Michael Deng died after receiving a fatal brain injury, according to JDjournal.com.  Pledge Deng was sent running  through a gauntlet blindfolded and wearing a thirty pound backpack.  He was somehow knocked unconscious during the run.  Deng was reportedly taken inside the fraternity house, his clothes were changed to hide traces of affiliation to the fraternity, then those that were present called for help.  A grand jury has apparently decided that charges should be filed against fraternity members in relation to Deng’s death.  Third degree murder is a charge being considered by New York authorities. 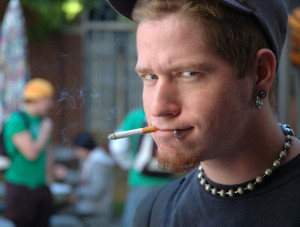 Under Florida law, specifically statute 1006.63,“hazing means any action or situation that recklessly or intentionally endangers the mental or physical health or safety of a student for purposes including, but not limited to, initiation or admission into or affiliation with any organization operating under the sanction of a postsecondary institution. “Hazing” includes, but is not limited to, pressuring or coercing the student into violating state or federal law, any brutality of a physical nature, such as whipping, beating, branding, exposure to the elements, forced consumption of any food, liquor, drug, or other substance, or other forced physical activity that could adversely affect the physical health or safety of the student, and also includes any activity that would subject the student to extreme mental stress, such as sleep deprivation, forced exclusion from social contact, forced conduct that could result in extreme embarrassment, or other forced activity that could adversely affect the mental health or dignity of the student. Hazing does not include customary athletic events or other similar contests or competitions or any activity or conduct that furthers a legal and legitimate objective.”

When serious injury of death occurs, hazing is a third degree felony punishable by up to five years in Florida State Prison.  Hazing without actual injury of death is a first degree misdemeanor, which is punishable by up one year in jail.  Avoiding hazing altogether can be accomplished by simply not doing something that can put a student in danger of harm.  At the Law Office of David M. Goldman, PLLC, we have experienced Jacksonville criminal defense lawyers on staff that can help you achieve the best result in your case.  Call today for a free consultation with a knowledgable Jacksonville criminal defense lawyer.