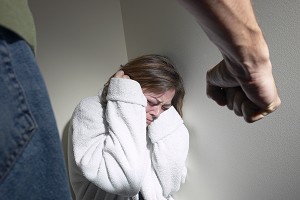 Recently, a Florida resident was arrested after brutally beating his girlfriend with a baseball bat. The man, 39 year old James Brannigan Jr. was arrested for aggravated battery with a weapon, violating pre-trial release, and violating a no-contact restraining order. The victim, his girlfriend suffered a possible broken nose, fractured hand, and numerous bruises on her legs.

Aggravated Battery is defined under Florida Statute § 784.045. It is defined as battery in which causes the victim great bodily harm, permanent disfigurement, or permanently disables the victim. Aggravated Battery is considered a second-degree felony and can carry a punishment of the following: term of imprisonment not exceeding 15 years and/or a fine not exceeding $10,000.

Additionally, Domestic Violence is a growing problem in Jacksonville and elsewhere. Remember that if you or anyone you love is ever in the unfortunate situation of dealing with domestic abuse, referring that individual to Hubbard House could be a life or death move. 10 people on average per year in Jacksonville are killed as a result of unreported domestic abuse, far too many in the eyes of the Hubbard House. In an abusive relationship, also be sure to seek the help of a Florida Divorce Lawyer who can help assert your rights as a battered spouse.

Furthermore, Battery can also have civil penalties as well. Under Florida Civil Law the injured victim could bring an action for personal injury resulting from the battery. A Jacksonville Personal Injury Lawyer can review your case and determine proper compensation for your injuries.