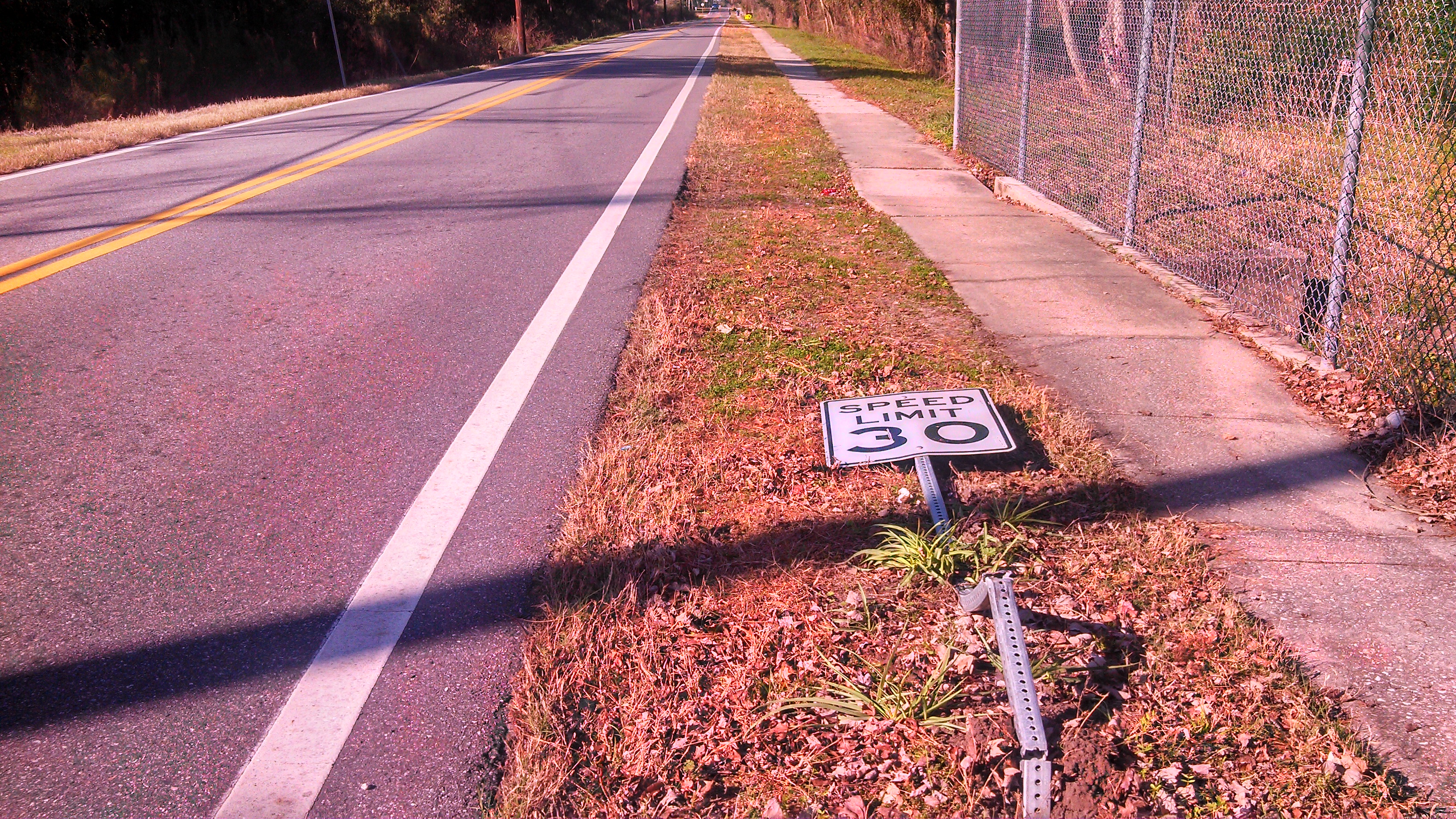 This weekend as I drove through my neighborhood, I noticed a street sign had been knocked down… it apparently, had been run over. I remember thinking, “Somebody in Jacksonville had a good time last night.” My criminal defense lawyer hat wasn’t quite on yet, but I did briefly start to think that someone could potentially be in need of a good DUI attorney. 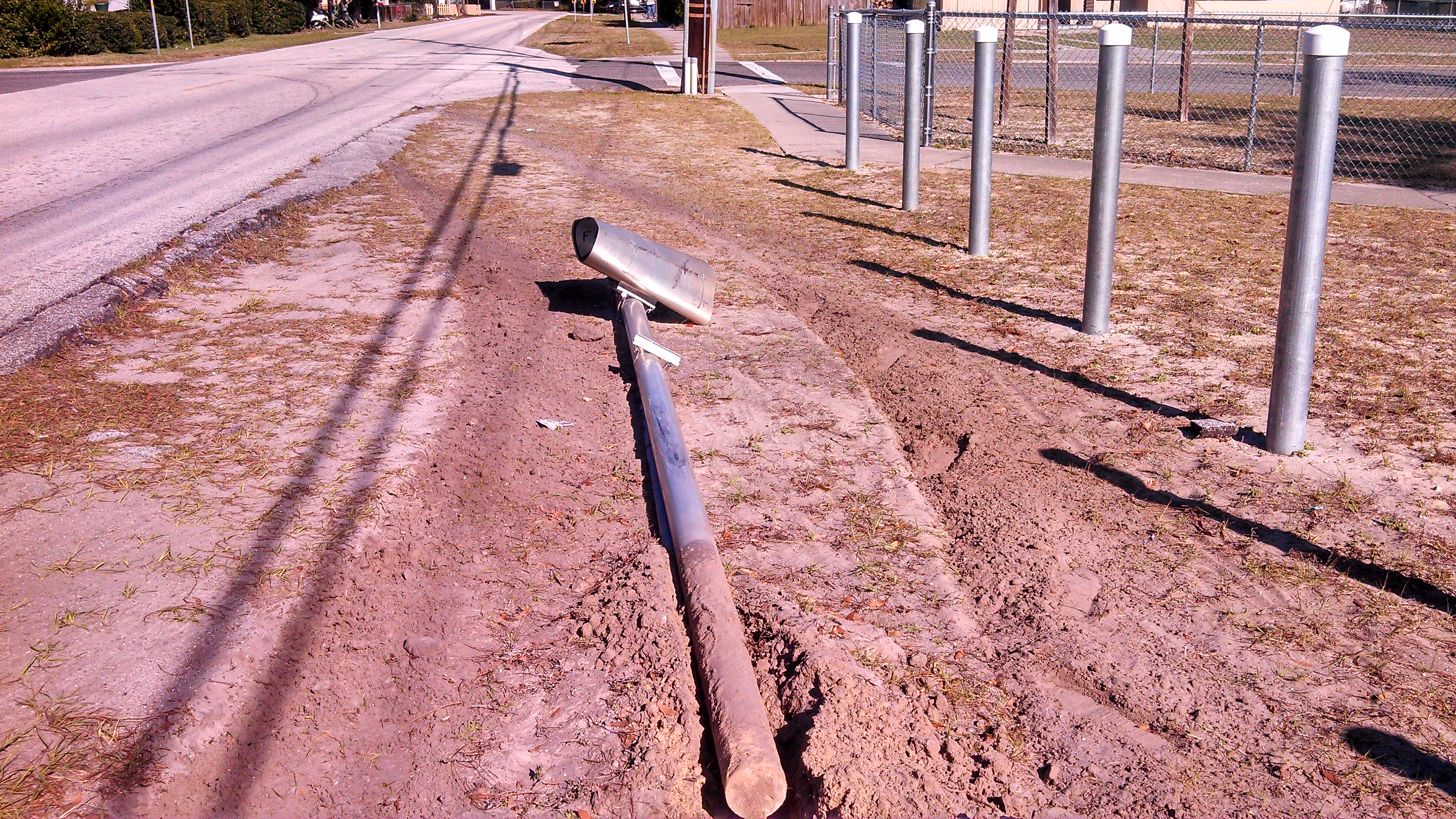 I made a right turn and drove on after I snapped a quick picture of the sign. As I drove further down the street, I noticed that the pole with the flashing light that warns you to slow down in the school zone was also missing; it had also been mowed down. Just after passing the school, I made a left and discovered more signs had been run down. Tire tracks in the dirt made it clear that a vehicle had been used to destroy these signs. It was now obvious that the first sign I found was no accident, but part of an episode of criminal mischief, which is defined as willful and malicious destruction of property. Criminal mischief is a misdemeanor, as long as the damage is less than $1,000. Beyond the $1,000 threshold, criminal mischief becomes a felony offense. See Florida Statute 806.13. 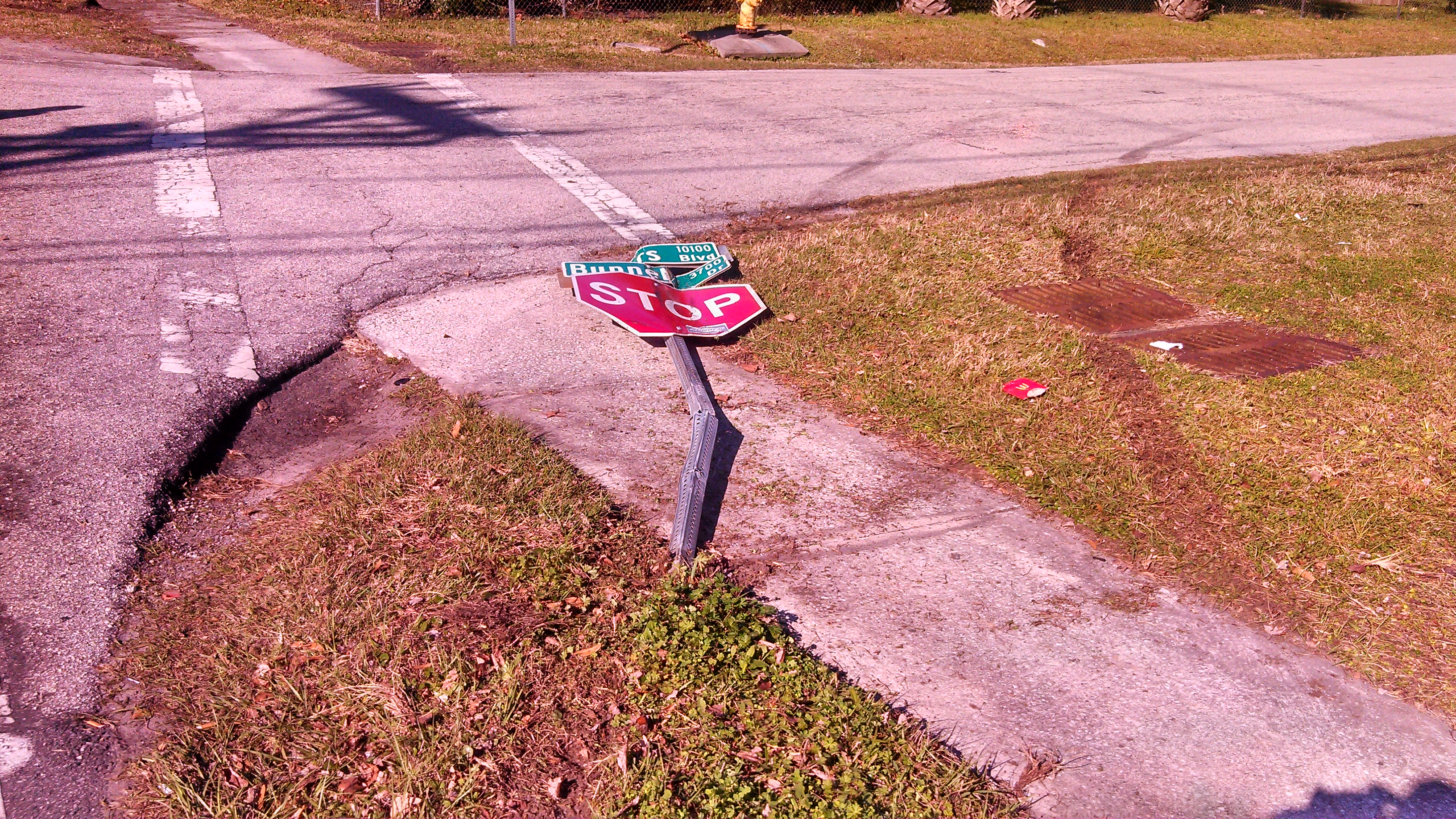 The most troubling and potentially dangerous sign destruction was a downed stop sign that had been flattened at an intersection. This was an accident waiting to happen. I’m the father of for young boys, and I used to be a teenager not too long ago. I can remember how “fun” it used to be to destroy things… for no reason at all. However, in this situation, the danger that the community was subjected to was incredibly ridiculous and could land someone is a world of trouble. If you or a reckless loved one have a lapse in good judgement that lands you in the hot seat, the experienced jacksonville criminal defense lawyers at the Law Office of David M. Goldman, PLLC can help. Call us today at 9904) 685-1200.