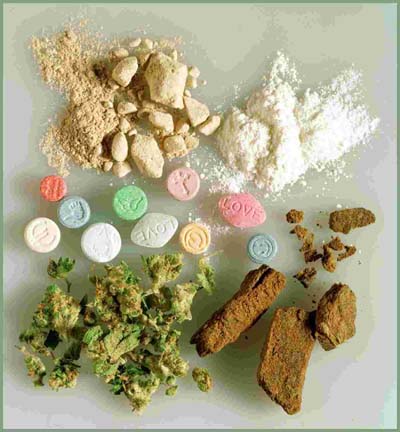 Whether you are a Florida resident or simply visiting the area for summer vacation, it is crucial to familiarize yourself with two of the most commonly charged criminal offenses in the state.

The following article will help you better understand what these crimes entail, the penalties associated with them, and the ramifications of been charged with them.

In Florida, police are on the prowl for people using and possessing drugs more so than in many other states and the penalties tend to be more severe.

Aside from jail time and a steep fine, any misdemeanor drug possession conviction can lead to you losing your driving privileges for up to 2 years.

Additionally, having a criminal conviction on your record has the potential to jeopardize your job security and it could even prevent you from getting hired in the first place.

Remember, a criminal conviction is a public record that is easily obtainable, especially in the Age of the Internet.

Likewise, a criminal conviction could leave a stain on your record and make it harder for you to take out loans.

Although none of this is fair, it is a reality you ought to be aware of.

Make sure to hire an experienced criminal defense attorney who can help you avoid the stain of a criminal record.

The following is a listing of the most common drug-related offenses in Florida and the penalties associated with each of them.

Another commonly charged crime in Florida is shoplifting.

If convicted, your punishment will depend on the value of what you attempt to steal.

For example, if the value of the merchandise that you allegedly stole is under $100, you will be charged with petit theft in the second degree (i.e. a second degree misdemeanor) and could spend up to 60 days behind bars.

If the value was between $100 and $300, you will be charged with a first degree misdemeanor and can face up to 1 year in prison.

If the value was between $300 and $5,000, you will face grand theft charges in the third degree and can be forced to serve up to 5 years in jail.

If you or a loved one were charged with a drug-related offense, shoplifting, or any other crime, be sure to contact an experienced criminal defense attorney today.