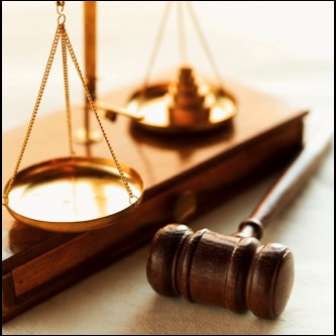 Balzourt v. Florida comes before the 2nd DCA on appeal from the Circuit Court for Polk County. The appellant is appealing his first-degree murder charges under two different legal theories. First dealing with the Rules of Evidence and the admissibility of collateral crimes. Second dealing with the State’s burden of proving premeditation to support the charge of first-degree murder.

The appellant was convicted for murdering his then girlfriend and setting her body on fire in the nearby woods. The victim’s cause of death was determined to be asphyxiation and the state was able to prove the appellant had committed the murder.

The first issue in this appeal deals with the Williams rule. The appellant contends the evidence allowed to be admissible did not similar enough to satisfy the requirements for admissibility. Under Williams, collateral crime evidence is only permitted when used to prove a material fact and not just to show bad character or propensity. Furthermore, Courts have required strict compliance and similarity between the acts before they can be admitted before the courts. In this case, the State introduced evidence of a prior strangulation of an ex-wife of the appellant. In that incident, the two were arguing over an ex-boyfriend and during the heated argument he strangled her to the point of unconsciousness. That incident took place in the middle of the day. In contrast, this incident occurred between the appellant and a girlfriend, in the middle of the night, and the state failed to prove what caused the incident in the first place. Based on the forgoing facts, the Court determined the evidence was improperly admitted and remanded for a new trial.

The second issue in this appeal deals with the State’s failure to prove premeditation so as to support a charge of first-degree murder. According to the Florida Supreme Court, premeditation is a fully formed conscious purpose to kill which must exist for a sufficient length of time to permit reflection as to the nature of the act to be committed and the probable result of the act. (Quotes omitted). Coolen v. State, 696 So.2d 738 (Fla. 1997). The State provided evidence the appellant did strangle the victim, but has not provided any further evidence the jury could draw the conclusion the appellant had the premeditation required to satisfy the charge of first-degree murder. The Court ruled the evidence did not support a finding of first-degree murder and remanded the case for retrial, but only for the charge of second-degree murder.

Criminal charges can be live altering, especially if you take on the legal system without legal representation. If have been charged with a criminal offense or have pending criminal charges, contact a Jacksonville Criminal Defense Lawyer to discuss you case and determine what is the best course of action in moving forward in your case.