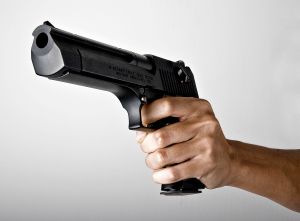 This week the Florida the Florida House of Representatives Criminal Justice Subcommittee heard testimony and argument on a bill that wanted to repeal the law self-defense law in Florida called “Stand Your Ground” which allows an individual to defend themselves instead of being forced to retreat when confronted by an attacker and use deadly force when the person believes that their life is in jeopardy.

Although 22 states currently have some form of the stand your ground law, Florida’s Stand Your Ground Law received national attention during the Trayvon Martin case, despite the defense never being asserted by his Zimmerman’s defense counsel. In Florida, Florida Statute 776.032 grants immunity from criminal and civil prosecution to individuals who exercise their right to use force in defense of themselves or others.

Specifically, Florida Statute 776.032 provides that “a person who uses force as permitted in Florida Statutes 776.012, 776.013 or 776.031 is justified in using such force and is immune from criminal prosecution and civil action for the use of such force.” This is the statute that has been termed the “Stand Your Ground Law.”

This law allows a person to use nondeadly force to defend himself in cases where he reasonable believes it is necessary to prevent or defend against another person’s use of unlawful force against him. Further, which was what came under scrutiny in the Travyon Martin case, it allows a person to use deadly force to prevent imminent death or great bodily harm to himself or others, or to repel a person who is committing a forcible felony.

The Stand Your Ground law not only expanded the circumstances that allow a person to use deadly force, but also removed the common law “duty to retreat” ordinarily imposed on persons who have an opportunity to avoid the violence. As a result, when a person is lawfully in a place he is allowed to be, and he has a reasonable belief that he or someone else is about to be the victim of violence that could cause great bodily harm or death or a forcible felony, he is permitted by law to not only use deadly force to defend himself and the other person, but also has no duty or obligation to flee or retreat in order to avoid the violence. He may Stand His Ground and meet Force with Force, including Deadly Force. Further the use of such deadly force under the circumstances described in the “Stand Your Ground” statute immunizes the person who uses such force for prosecution, either civil or criminal.

This law also established a presumption that there is a reasonable fear of imminent peril of death or great bodily harm to his or herself and others when using defensive force that is intended or likely to cause death or great bodily harm to another if the person who uses defense force knew or had reason to believe than an unlawful and forcible act was occurring or had occurred. Examples of forcible felonies are aggravated assault, aggravated battery and burglary under Florida Statute 776.08
What most people do not realize is that Stand Your Ground is a procedural defense that is raised before trial by filing a specific motion to dismiss under the Stand Your Ground Statute. Once a defendant raises the claim, the defendant is entitled to an evidentiary hearing and bears the burden of establishing by a preponderance of the evidence that he is entitled to said immunity. The benefit to the defense is if granted, the defendant is then immune from prosecution and also civil liability.

After the Travyon Martin case, a bill was sponsored by Representative Alan, Williams, a Democrat in Tallahassee to repeal the law in the house. The Florida House of Representatives Criminal Justice Subcommittee allowed the bill to go to a vote after hours of public testimony which included Travyon Martin’s parents and the parents of a teenager in Jacksonville who was shot by a man following an argument over loud music.

The House committee voted directly 11-2 against the measure. Many legislators advocated to keep the law as it is such as Representative Marti Coley, who according to the Tampa Bay Times stated “Florida’s ‘stand your ground’ law is solid. It’s good law and should not be changed and that today our state is a safer place and has the lowest crime rate in 42 years.” Representative Matt Gaetz took it a step further and argued the numbers of homicides in the state have dropped since the passage of the law.

If at any time you or a loved one is charged with a crime after you or your loved one defended his or herself, it is important that you seek a Jacksonville Criminal Defense attorney immediately.

As a Jacksonville criminal defense attorney who has represented thousands of clients in northeast Florida and has argued and won motions based on Stand Your Ground, I can fight to protect your rights and aggressively represent you. If you would like to schedule a free consultation with a Jacksonville Criminal Attorney, you can contact the Law Office of David M. Goldman at (904) 685-1200.