I recently read article entitled, “20 Celebrities You Never Knew Had Criminal Records.”   According to vh1.com, stars from Tim Allen to Will Smith have arrest records.  Al Pacino, was once arrested for suspicion of robbery.  Pacino and a friend were arrested after police came across the pair sitting in a car with black masks; a gun was found in the truck of the car.  Charges were later dropped when it was explained that the two were actors on their way to a “job”.  For the celebrities listed, their careers appear to be unaffected by their criminal records.  For others, it could be very important that you seal or expunge your criminal record.  This is more important when there is a crime of dishonestly or a crime of moral turpitude involved.  These are crimes that cast a negative light on a person’s character.  Offenses like theft and fraud fall into this category of crimes. 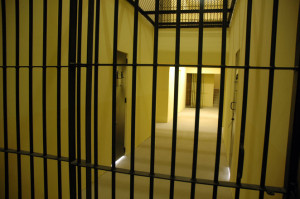 Under Florida law, a person that has never been convicted of a crime can have charges associated with an incident sealed or expunged.  The difference between the two is slight, but important enough to seek expunction, if a person qualifies.  When a persons record is sealed, background checks by ordinary people or companies will yield no results.  Government agencies can still view the records, however.  When a person’s record is expunged, there is an added layer of protection- government agencies can still view the record, but will require a court order to do so.  Expunging records can only be accomplished when the charges were dropped or the person was acquitted.  If you plead guilty and received a withhold of adjudication, you are only eligible to have your record sealed.

Certain offenses cannot be sealed or expunged.  The Law Office of David M. Goldman PLLC can help seal or expunge your criminal record where the law allows.  Call us today at (904) 685-1200 for a free consultation with one of our experienced Jacksonville criminal defense lawyers.