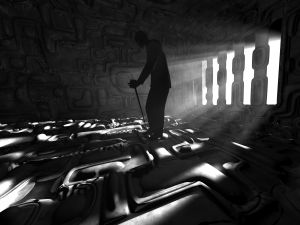 “Thirty-year-old convicted murderer, Thaddeus Jimenez, was released from prison after serving only sixteen years on a fifty-year prison sentence.”  When people here something like this, they can’t believe it.  Why are we letting violent criminals out of prison?  The answer: he is innocent.  That being said, let’s rephrase the headline:  “Wrongfully convicted man is exonerated after serving sixteen years in prison for a murder that he did not commit.”  Mr. Jimenez was arrested for the murder at age 13 and spent the last 16 years trying to prove his innocence.

How does this happen?  The facts did not change.  Mr. Jimenez did not jump into a time machine and stop the murder from occurring.  The reason this case was overturned was due to the hard work of many criminal defense attorneys. Criminal defense attorneys that dedicated many hours to further investigating this case, so they would be able to support a motion to vacate the conviction.  After several years, these attorneys were able to succeed.
While Mr. Jimenez has been vindicated, there is one thing that he can never get back.  The 16 years of incarceration he has served.  The time away from his family and society.  The lost of education and experience.  When Mr. Jimenez was incarcerated, cell phones were not the norm, self-check out at the grocery store did not exist, and “who is this Britney Spears?”  He has to learn about a new culture and changed society.
This case is a prime example of why early investigation in a case is so important.  All of the Jacksonville criminal defense attorneys that I have talked to about this agree that you must always be at least one step ahead of the prosecutor.  The only way to do this is to investigate every aspect of the case in more detail that the prosecutor has.  The earlier that a Jacksonville criminal defense attorney does this, the better.  Time is critical in criminal cases; thus, you cannot waste it.
To learn more about Mr. Jimenez’s case, visit the Chicago Sun-Times.  If you need help with a Jacksonville criminal case, contact a Jacksonville Criminal Defense Attorney.
Ask a Lawyer Now
Contact Us Free Initial Consultation (904) 685-1200