New Law will ban Florida Truckers from Texting and Driving

The federal government in recent years has made stricter laws to prevent accidents involving commercial drivers. In 2013, Gov. Rick Scott signed a bill that allows Florida truckers to be stopped and fined for texting while driving.  The highway safety bill HB 7125 now brings Florida law into compliance with federal regulations that ban truckers and other commercial vehicle operators from texting or talking on their cell phones without a wireless device such as a blue tooth. 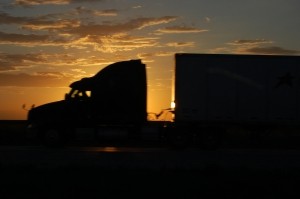 These new laws are significant because it makes texting while driving a primary offense for truckers and will also cause both truckers and their companies to face fines for violating of the law.

Many feel the laws were enacted to hold commercial vehicle drivers to stricter standards because of the potential harm these vehicles can cause on the roadways when driven negligently.  The Florida Truckers Association and the state Department of Transportation supported the legislation.

In 2010, more than 3,092 people lost their lives in crashes that involved distracted driving.  According to the National Highway Traffic Safety Administration, texting while driving can be just as likely to cause a driving accident than driving while intoxicated.  Many studies have show that someone who is texting and driving is driving as impaired as someone who has consumed multiple alcoholic beverages.

If you are a commercial driver in Florid in danger of losing your CDL or have been involved in a accident with someone who was texting and driving, contact the Law Office of David Goldman PLLC today at 904- 985-1200.