A criminal defense attorney’s worst enemy is a confession, whether in writing or one that is video taped. As a Jacksonville criminal defense lawyer, I’ve had my share of clients confess to crimes, even after they had been warned and told that they have the right to remain silent. At least these confessions came while they were being interrogated by trained detectives. I am completely baffled by the number of people that use social media to “confess” to criminal offenses by posting statements, and the ultimate confession… posting videos of themselves committing the crimes.

A teenager in Oregon was arrested after he made a Facebook post concerning a crash that occurred while the teen was driving under the influence, according to abcnews.go.com. The teenager posted, “Drivin drunk… classsic 😉 but to whoever’s vehicle i hit i am sorry. :P”. After the messages were sent to the local police station, the teen was arrested for hitting two parked cars, but not for DUI. 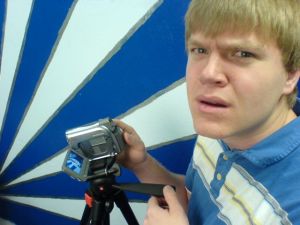 Nydailynews.com reported that Facebook also led to a North Carolina mother’s arrest after a video was posted on her son’s Facebook page. The video showed the teen’s mother helping him attempt the “fire challenge“. The forty-one year old mother was arrested for Contributing to the Delinquency of a Minor after her son had to be treated for the burns he received while attempting the challenge.

The list goes on. Recently, according to straightfromthea.com, an Atlanta recording artist is in trouble after his wife posted a photograph of him holding a gun. Possessing a firearm is, unfortunately, something that can’t be done while on probation. As a criminal defense attorney, I am alarmed by the number of videos that depict violent beatings and other felonies, such as crimes against property. Social media has to be like Candy Land to prosecutors, but it is certainly kryptonite to the attorney taskeded with defending against a prosecution that results from these videos and other posts falling into the hands of the government.

Social media is a tool for being social and catching up with old and making new friends, but it can land people in the hot seat when their better judgment fades. If you or a loved one is charged with a crime, we can help. The Law Office of David M. Goldman, PLLC has experienced Jacksonville criminal defense lawyers that are prepared to represent your interest and fight on your behalf. Call us today at (904) 685-1200 for a free initial consultation.