The United States Supreme Court recently found that Florida’s death penalty sentencing process was unconstitutional.  Specifically, the Court found that Florida’s death penalty scheme violated the 6th amendment to the U.S. Constitution.  The case of Hurst v. Florida was argued before the Court in October of 2015, and the case was decided in January of 2016.  Florida law calls for life imprisonment in capitol cases upon conviction.  A person may be sentenced to death, but only after a jury has heard additional evidence on the death issue.  The jury will then provide an advisory life or death sentence, but the ultimate decision comes from the judge in the case.  This last step is what the U.S. Supreme Court found problematic. 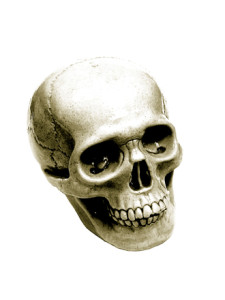 In Hurst v. Florida, Timothy Hurst was convicted of murder for the death of his co-worker.  The jury found him guilty and recommended death.  The judge also found that the death penalty was warranted.  Hurst appealed to Florida’s District Court of Appeal and was granted a new sentencing phase hearing.  The death penalty, again, was the result in the second proceeding, as well.  The case was then appealed to the Florida Supreme Court, which upheld the result, despite Hurst’s argument that his 6th amendment rights had been violated.  Hurst was referring to a U.S. Supreme Court case where the high court struck down an Arizona death penalty sentencing scheme similar to Florida’s where the judge played a role in deciding the ultimate question of life or death.  Once Hurst’s case was heard by the high Court, the U.S. Supreme Court justices agreed with Hurst.

Florida’s legislature is now reconsidering the death penalty procedures in the State.  According to Jacksonville.com, a Florida senate committee will begin working this week on a death penalty fix.  For more information or help with a criminal case for yourself or a loved one, call the Law Office of David M. Goldman, PLLC today.  Initial consultations are always free.  Let our experienced Jacksonville criminal defense lawyers help you reach the best outcome in your case.